The surface technology specialist is investing in development

Hans Stork Betriebsgesellschaft has once again significantly expanded its capacity over the course of the last few years. Optimally situated in terms of traffic, the business premises of the surface technology specialist now comprises 50,000 square metres on Körnebachstraße in Dortmund.

“The company was founded in 1927 on Borsigplatz,” explains Hans-Bernd Stork, who today manages the business together with his sons, Felix and Philip. “My father later relocated the business to Körnebachstraße, which was nevertheless only on the other side of the main street. At the end of the 1970s, we then moved to where we are now.”

The consistently good business situation called for expansion: “First of all, we wanted to create capacity, in order to ensure that no bottlenecks could arise for our client base,” says Philip Stork. “On the one hand this affects production space, and on the other storage space, since we were also able to establish a buffer stock system, therefore making just-in-time delivery possible.”

The company management subsequently drove the firm’s expansion forward over a period of 24 months. “Then we also wanted a bit of room for acquiring new customers and to keep the option of broadening our product portfolio,” cites Philip Stork as additional objectives. So three workshops were purchased and another was built from scratch. The overhead conveyor system now measures an impressive 1,200 metres. Further overhead cranes were bought, in order to bring the halls up-to-date in terms of logistics.

All in all, the family business has increased its production capacity by around 34 percent and to do so has invested over 3.2 million euros. A particularly pleasing aspect: the effort is reflected in the employment rate, as Felix Stork explains: “During the period of capacity expansion, we have increased our number of employees from 100 to 150.” And Stork wants to continue expanding its capacities further. 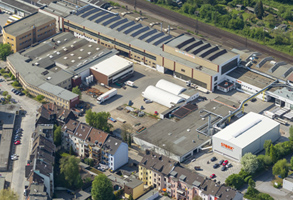 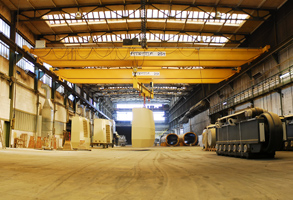 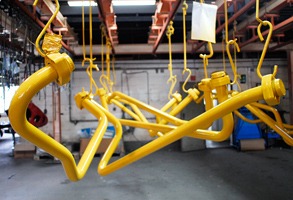 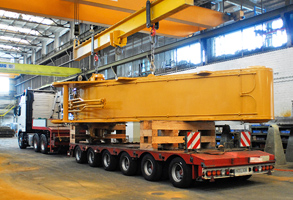 Disable Google Maps
Agree and activate Google Maps
If you'd prefer to find us with Google Maps, please accept that a map is being loaded from the Google server. In doing so, personal data will be transmitted to Google. More information can be found in our Privacy Policy (link below).